Are we worrying too much about smart watch functionality?

I have always been a ‘form-follows-function’ man myself and poor product functionality drives me crazy - but are we worrying too much about smart watch functions at the moment?

The primary function of a watch is (you guessed it) to tell you the time. After that, you might want it to give you the date or act as a timer/stopwatch. The rest is mainly about personal taste, style, fashion and ‘art’.

With any form of the latter, the need for practicality is not necessarily high up on the designer’s ‘essential properties’ list.

An example of the Lockheed Lounge daybed by Marc Newson recently sold for a record £2.5 million, yet Newson himself is said to have described it as “Utterly unusable”. So poor functionality does clearly not always inhibit people’s desire for ownership or willingness to pay a high price.

With designers such as Newson now being involved in the creation of tech/fashion products like the Apple Watch, it is inevitable that people will discuss the significance of form over function.

There certainly are usability issues with the Apple Watch at the moment (limited battery life and reliance on having an iPhone etc.) and yes, some will question whether it is useful at all, but none of this will stop it from being sold by the bucket load (and very large buckets at that). As an habitual early adopter, I know I want one, even if I know that some elements of the functionality will drive me completely mad.

And that’s the point: At a very fundamental level, the Apple Watch works - it’s a watch; you glance at it and it tells you the time. Many of the perceived ‘problems’ with the Apple Watch, Moto 360 et al are due to people’s expectations of a ‘smart’watch. The moment the watch becomes a piece of connected technology we want it do everything our phones do and more.

Early cars, phones and televisions were not fully developed; they had their foibles, but people believed in them enough to buy them and thus encourage manufacturers to develop and improve on the original concept. Today, we are in a similar position with smart technology; not everyone necessarily understands how it all works; we’re not sure if it will catch on; we’re not even sure what we will really use it for. BUT, we do know that we like the idea of it and as long as it looks good, then we’re probably prepared to put up with less than perfect functionality - for now.

If the watch fits - wear it. 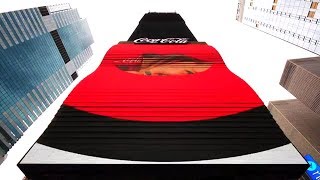 Electronic music should take a lesson from Daniel Barenboim.

Will Eurovision spell the end of kinetic spheres at corporate live events?

Will I ever enjoy opera again?

The amphitheatre - enhancing your audience engagement.

Are we worrying too much about smart watch functionality?